DEMOCRACY IN INDIA, DESPITE ITS IMPERFECTIONS, HOLDS KEY TO A BETTER WORLD, PROVIDED......

NYT has come out with a detailed report on persecution of people over free speech in many of the authoritarian and autocratic states.  What these people had attempted appears nothing more than constructive dissidence demanding more humane conditions for themselves.

We may not be paragon of human virtues but we are certainly ahead of most societies in Asia and Africa in defence of freedom, liberty and human dignity.  However, there is no confusion that India may have to cover a very long and tough journey to reach its optimal potential.  We do face an entrenched culture and psyche of a few among us who have continued to assault these rights of others. I would still believe that there is still no parallel of peace, civility and humanism that India has continued to embody, despite all round adversities and challenges. We may appear a beacon of civility and pacifism in this part of the world largely due to our civilisational values, whose defence is crucial for larger peace, security and stability of not merely South Asia but I wouldn't hesitate to say entire world.

But situation is not ideal and our values have been facing multiple forms of assault for far too long. Simultaneously, there have been several efforts and initiatives to the contrary, refining and rejuvenating these. Hence, any discourse on democracy and governance, in public domain, must not only be enlightened, civil and courteous but also driven by an open mind and the highest levels of integrity. Right to criticize must not breach dignity of opponents.

When I talk about Indocracy, it is not about supremacy of India. It is more about values of civility and humanism that were probably practiced in far more substantial measure on the Indian subcontinent and the whole of Indo-Asia, than anywhere else. These have faced sustained decay and degeneration under a variety of pressures. But part of some of these values have been resurrected or persisted. India has to defend human rights and constructive free speech under all circumstances for sake of its own identity. And a robust India can be the biggest guarantee of rights and liberties of people in Asia and Africa and even beyond.

This will never be possible by mere wishful thinking. India needs to restructure its institutions to administer rule of law more effectively. This will not be easy. A simple revamp of criminal justice system shall not be sufficient for this purpose. There are far too many contradictions in Indian institutions of state and society. May be we have to build an entirely new narrative of governance and democracy.

Email ThisBlogThis!Share to TwitterShare to FacebookShare to Pinterest
Labels: Indocracy 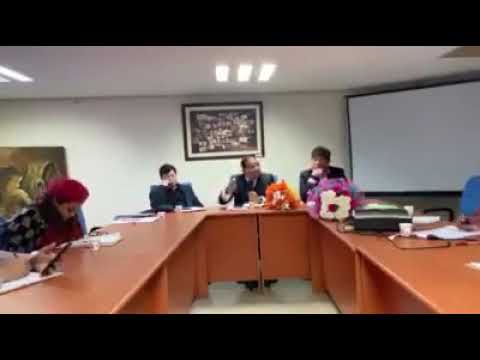